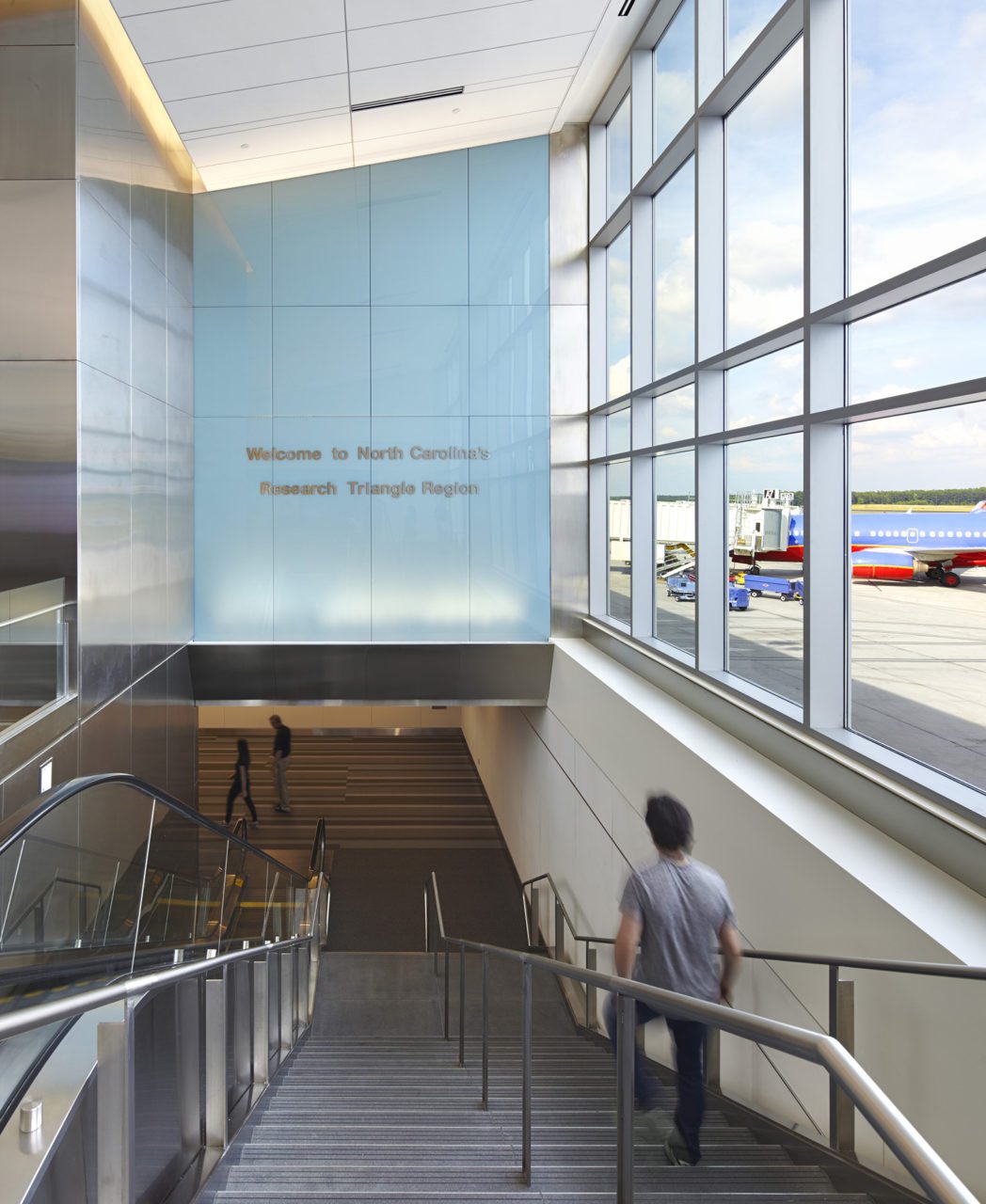 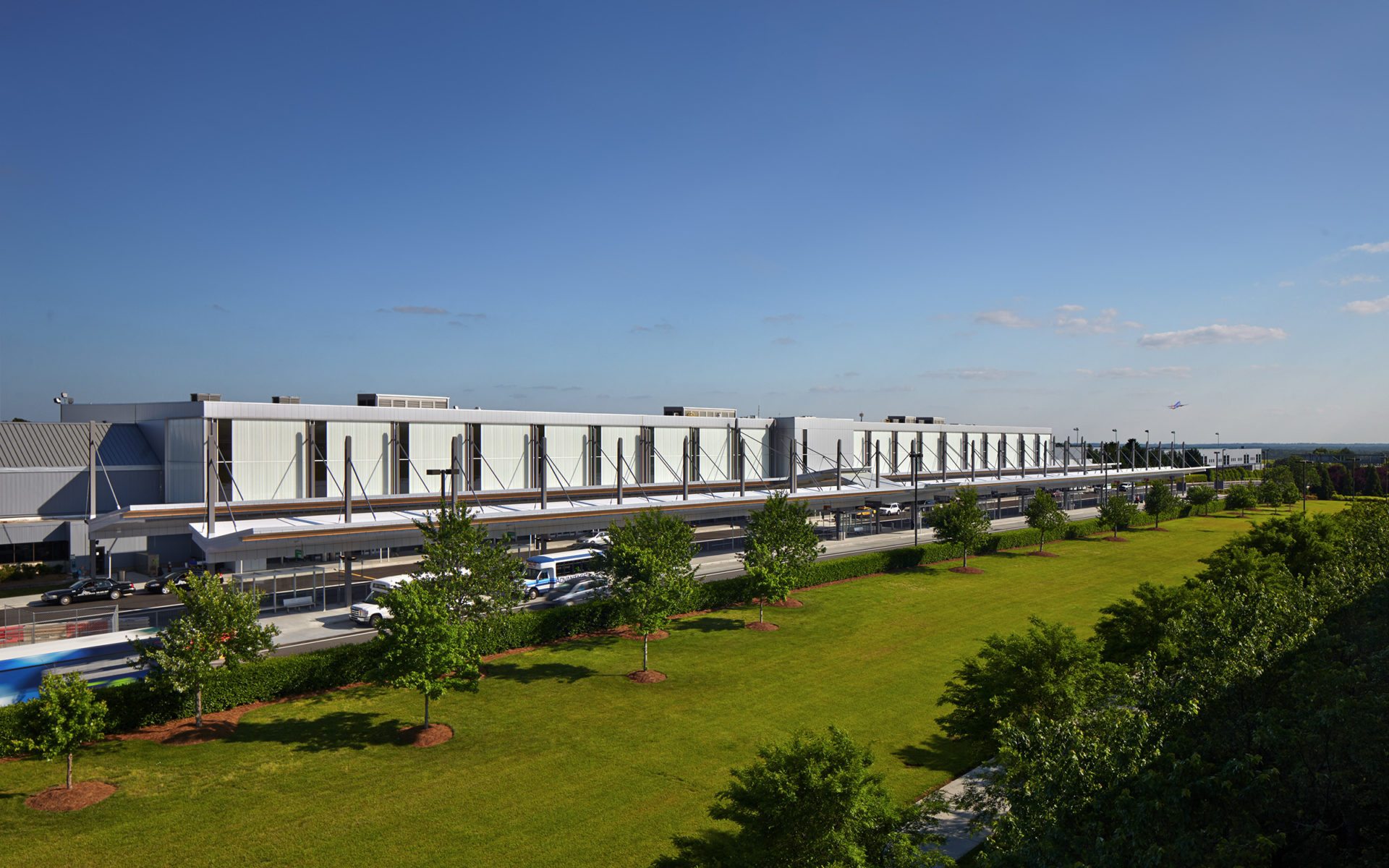 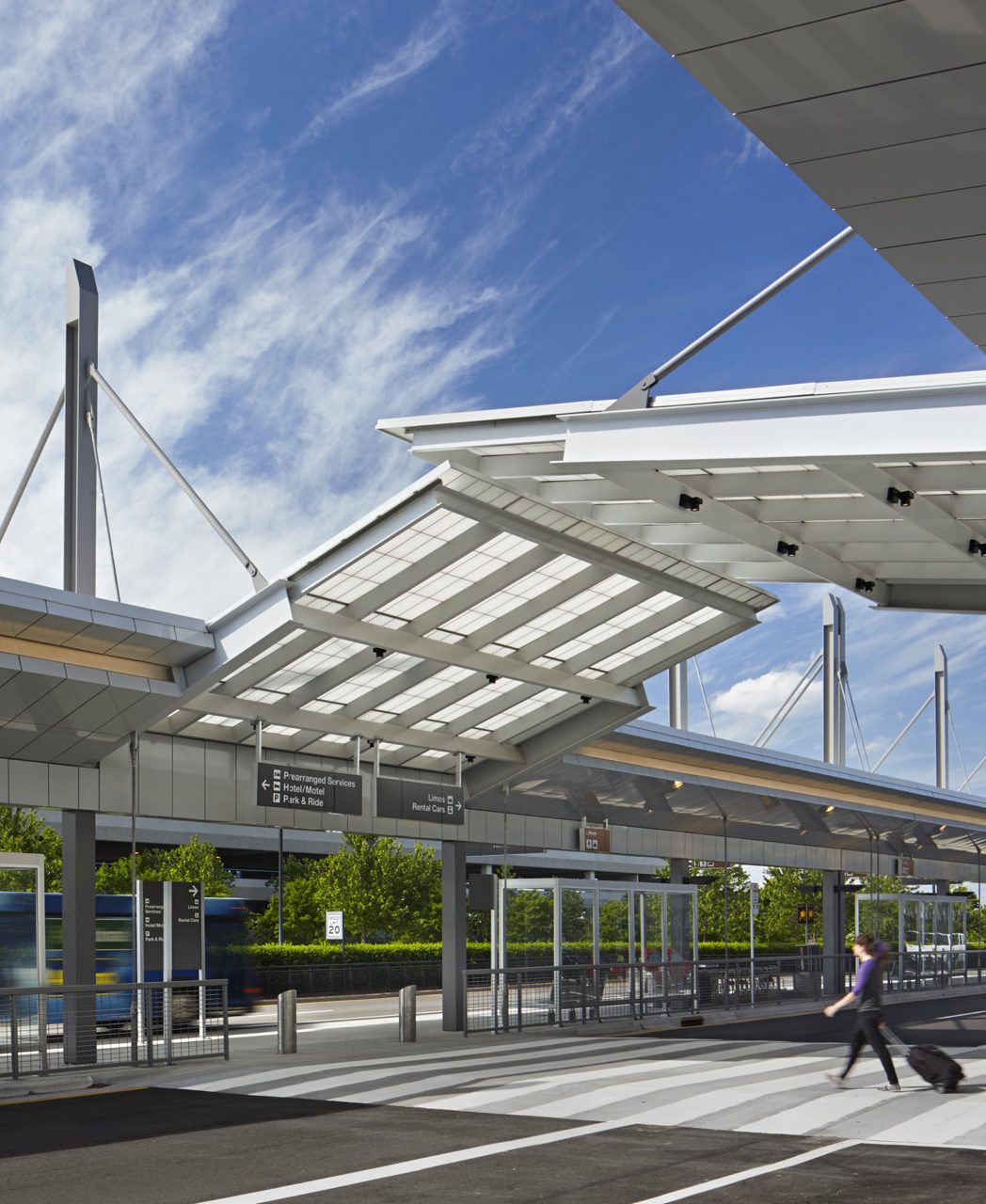 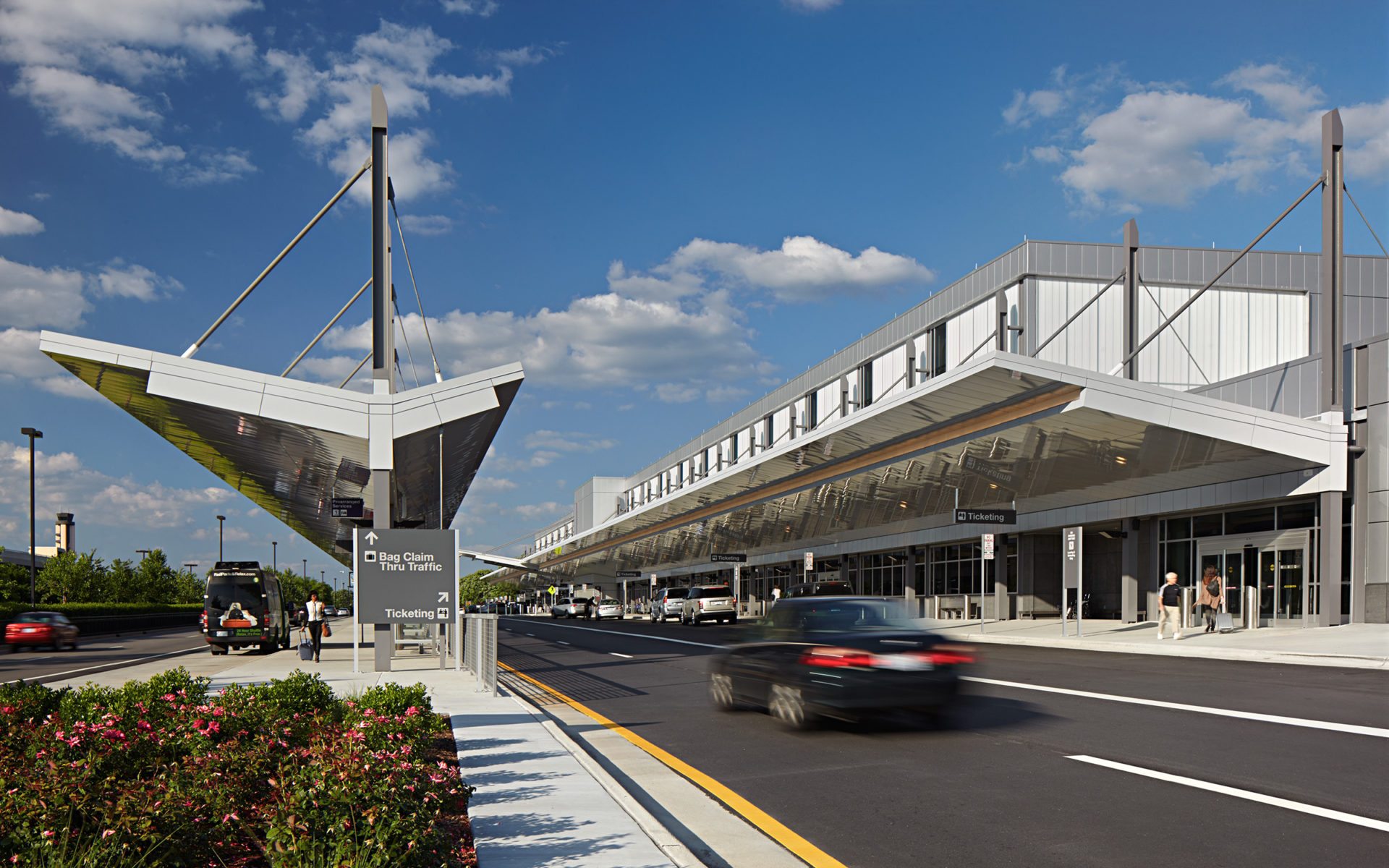 Buildings that receive high use over an extended period of time inevitably reach a point when re-branding needs to be considered. Such is the case with Terminal 1 at Raleigh-Durham International Airport (RDU). The building has served as an airport terminal since 1981, with the last upgrade to the facility completed in 1991. The opening in 2010 of Terminal 2 established a new standard of airport terminal design at RDU. Chief among the challenges of this project was the transformation of the existing building in support of the passenger travel experience. Both arrival and departure sequences have been carefully considered and addressed in the design solution.

The arrival sequence starts at curbside with a new canopy system providing both shelter and a new architectural image for the building. This canopy extends the length of the building and transforms itself at the crosswalk linking the commercial curb canopy. The landside building elevation is totally re-clad and re-envisioned. The existing metal panels and poorly composed curtain wall were removed and replaced with an ordered composition of metal panels, translucent fiberglass panels, and glass curtain wall. The use of transparent and translucent materials creates an open, light-filled interior space. The landside of the building has been envisioned as a single large volume from one end to the other, with a security mezzanine inserted into this volume. The landside of the terminal, which houses ticketing, security, and baggage claim, has all new finishes, lighting, furnishings, and signage.

The airside façade is completely rebuilt in order to provide open views and daylight to the interior, using a combination of metal panels and curtain wall. Sunlight levels are controlled by a combination of sunscreens and roller shades. The airside spaces, including toilets, concession spaces, the concourse, and holdrooms, have all new finishes, lighting, furnishings, and signage. In addition, the building has new stairs, escalators, and four new passenger elevators.